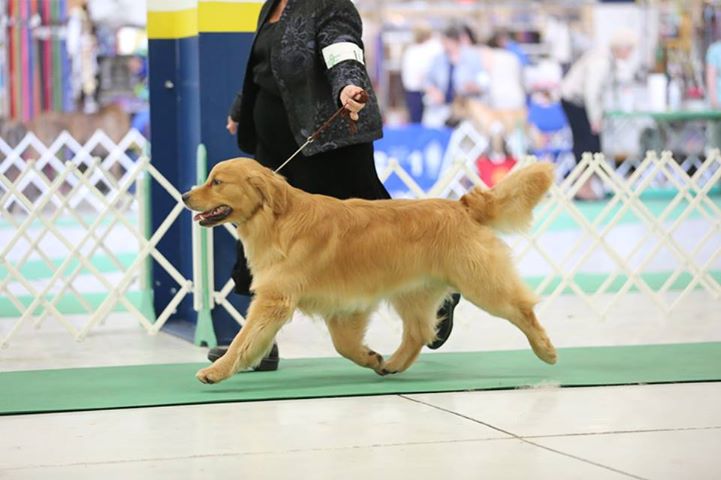 "Jarvis" was one of those rotten puppies that you couldn't get to put one foot in front of the other on a lead but who floated around the backyard.  At his premiere specialty he ran amuck and tried to humiliate me, not realizing how very many times I've already been humiliated in the past, my threshold was beyond his level of shenanigans.  Little improvement was noted at the next specialty weekend when he moved vertically more than horizontally.  But one morning he awakened a big boy and he now covers ground without seeming to touch it.  He has exemplary field drive and is trainable to the nth degree, reminds me so of Sinclair in his eagerness to please.  Jarvis lives to perform and, thusly, shall do so all of his life.

2013 was a good year for Jarvis in the show ring, he accumulated 12 of his 13 championship points, including one BOB over specials under breeder judge Tom Schulz and a major win under breeder judge Judy Taylor of Canada.  He picked up four specialty reserves and two other major reserves before finishing with style in 2014 with a specialty major under breeder judge Rich Anton. Now onto very limited showing in the specials ring and the performance he's been dying to get to doing, particularly fetchin' up birds!

Jarvis's pedigree can be seen here.